The concept of the lock and key has been an ancient one. There have been umpteen discoveries that illustrated the role of the locksmith. The lock and key are as old as the greatest civilisations and has over the years been the driver of innovation.

The lock and key were borne out of a necessity. The urge to safeguard one’s property from theft and arson. Ancient civilisations were built on top of long struggles. These struggles would be for supremacy among tribes and individuals. Villages would be robbed, settlements would be burnt to cinders, belongings stole. To overcome this challenge, the citizens began to bolt their doors and windows. Create barriers that would act as an obstacle. The idea of the lock and key slowly began to develop.

The first locks were simple to work of engineering. Iron bolts fastened across circular rings. However, these succumbed to the vagaries of nature and repeated use. Then came the idea of a mechanism which is still being used today, the ubiquitous key. A lever system that would enable the user to open a lock.

Let us delve into the magnificent history of the lock and key and become a part of its evolution. 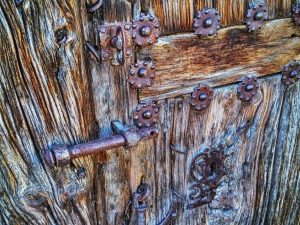 It all started six thousand years ago, in the magnificent Egyptian civilisation. Egyptian Locksmiths were able to design and build a simple pin tumbler lock that proved to be effective. This lock was made entirely out of wood. The entire process was rather uncomplicated. The wooden post would be affixed to the door while the horizontal bolt slid into the post. This bolt had openings which were filled with pins. A specially designed wooden key would then be inserted and turned for the bolt to open.

This contraption proved to be a success for a long time. However, the thing with wood is that they do not last for long nor are too effective for regular use. The constant wear and tear would take its toll and over a period in time, it would eventually give away.

The Greeks and the Romans

By 1st Millennia BC, the Greeks had improved on the idea of the lock and key and created their version. It wasn’t much of a success but that led the Romans to further innovate. The Roman locksmiths began by changing the material of the lock and key. The metal was introduced and that is how the modern lock and key began its journey.

By using iron locks, the Romans were able to protect their assets better. Further innovations miniaturised the key. It could be now carried in the pocket. The locks that the Romans built were capable of withstanding brute force. The Egyptian and Greek ones were capable of withstanding force but only till a lower threshold. This meant that their effectiveness was limited and it was only a matter of time before the lock would come off and the assets would be under threat.

Greater innovation was carried out by the Romans. Locks now had particular keys. Only a single key could open the lock. This was a game-changer. Locks and keys could now be commercialised and not just remain the precinct of the high and the mighty.

After the fall of the great Roman Empire in the 1st Century AD and the beginning of the dark ages, the status of the locksmiths fell. The innovation surrounding the growth of locks and keys came to grinding halt. There was no funds and interest. The continent was under siege at all times and tribes, kingdoms and cities were always at loggerheads. However, despite the severe challenges, locksmiths used this time to perfect the art of denial. Lock pickers were also a growing community devising ways to pick a lock. Whilst they were at their task, the locksmiths were creating newer methods to overcome them and deny them their victory. This was the period when locksmiths came up with the idea of multiple levers. Also, designs were being embedded onto the locks to obscure keyholes and many more. The idea was to create a façade of an obstacle and beat individuals with malicious intent. 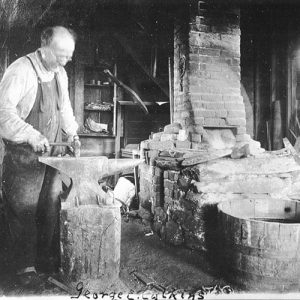 The 18th century can be considered to be a watershed period for the locksmiths and the lock and key. Technological advancement meant that the mechanism that made the lock and key and the effective device had evolved. Sturdier mechanisms evolved and engineers were now able to make locks and keys with several new features. The age of the invention was in full swing and the lock too experienced some of them.

Special mentions would go to James Sargeant for building the first combination lock and the first time lock mechanism in 1857 and 1873 and Samuel Segal for creating the first jimmy-proof lock in 1916.

The journey that the lock and key made, makes for a fascinating read.

One of the reasons why the lock and key remains an interesting footnote in the march towards modernity is because, despite being a small device, it has always been at the cutting edge of human ingenuity. The evolution of the lock and key coincided with the industrial revolution and the general technological advancement of the times. Right from the Egyptian civilisation to the modern British innovations, the lock and key was an illustration of the improvement, humankind made in the field of science and technology.

A simple device that we use in our daily lives was at one point in time achievement of sorts is itself a moment of victory for human endeavour, perseverance and the urge to succeed. 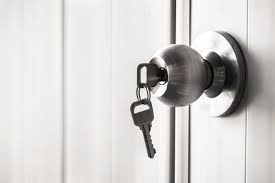 The world of locks

Over the many years, locks and keys have undertaken different shapes and sizes. The locksmith is no more an ancient worker, hammering away at metal or wood to give it the perfect contour.

The modern locks are sophisticated and manufactured by some of the modern industrial assembly lines. Locks and keys are no more a status symbol but a necessity.

Whilst the ancient world pondered over the efficacy of the building huge obstacles that would guard their homes against wild animals and thieves, modern society has invested in uber-expensive security systems. These systems are not just limited to metal locks and keys but have embedded electronic components that get activated by codes, voice or fingerprints. The smartphone too has become an able accomplice and can track all that is happening in the area where the security system has been installed. The old lock and key have undergone a complete metamorphosis. 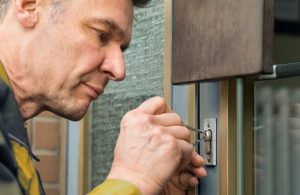 The art of Locksmithing

Like the blacksmith, the art of locksmithing to has undergone a sea change. The industrial innovations and engineering marvels have rendered the former extinct. However, the latter has remained firm and continues to evolve. The modern locksmith is essentially an engineer trying out newer methods to pick the lock and then building barriers to safeguard the same. They come with all kinds of licenses and in Florida you can even find a certified locksmith Palm Beach.  Locksmiths have also become more of a repairman than actually building locks. The building of locks has now become the responsibility of huge factories with automated industrial processes. The usual beating down of metal to build the lock has now been relegated to the pages of history.

Locksmiths have now been hired by the humongous lock building companies to extend customer service to the consumers. If there is a malfunction in the product, the company will be sending over a repairman to look into the matter. For premises with integrated security systems, it would be system specialists and engineers looking into the matter.

Locksmiths are no longer at the forefront of innovation, as was the case in ancient Egypt and Greece, but a community of individuals who are holding on to a dying art with weather-beaten hands. 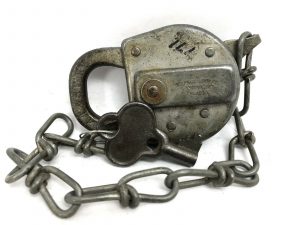 The evolution of the lock and key

The journey of the lock and key, as mentioned before have always coincided with the improvement in engineering capabilities of the era and the region. The Egyptian was known to build mighty pyramids and temples and hence had a distinct advantage in technology. Their idea of a lock and key was to build a barrier around the openings of their homes. Hence, they created massive wooden blocks with even bigger keys to lock and unlock them. These wooden blocks would prevent intruders but wood is an attractive option for a limited period. It would rot and the elements would soon force it to wither away. The Greeks had the same issue. Greek Built locks were not too secure and suffered from a distinct image problem. Their locks did not give the same confidence to the owners that the Egyptian made did.

In came the Romans and they kicked the entire process several notches higher. It was also the time that metallurgy as science was slowly coming into its being. Warfare too was evolving and everything and anything of the society was geared towards building warfare capabilities. The side effect was metal locks. This was the first time that iron locks were used to build them.

Metal has a great advantage over wood.

Thanks to the miniaturisation of the key, we no longer have to carry it over our shoulders but somewhere in our pocket or the purse.

The Romans were master innovators and they quickly saw the efficacy of the lock and key. All their forts and key military outposts began to display the various kinds of locks and keys that were coming out of their workshops. Romans were therefore not only the inventors of democracy but also the crude version of the modern lock and key.

The key to the evolution of the lock and key, as we have seen, was the ability of society to work with newer materials. Wood gave away to iron and then steel in later years. Locks and keys even had their names changed to security systems. It meant that just a lock was not enough for the safety and security of the premises but entire paraphernalia was required.

The evolution of the lock and key can also be linked to the growing aspirations of society. The bigger the door, the larger the lock. Mansions and factories or even stores now adorn systems ranging from motion sensors to security close circuit cameras. This entire arrangement is linked to the smartphone, a device that has become a part of us, for better tracking and handling.

An increase in wealth has also led societies to become wary of getting mobbed. Insurance companies act in the same way locks and keys do. They provide you with insurance against mishaps. The same thing that a lock and its key does. The only difference being the former comes in a paper and legal documents and the latter appears in a physical form.

The ancient Egyptians knew the purpose of this device and made the first move towards creating one, the ancient Greeks continued the journey while the Romans improved upon it. The Industrial Revolution led to the mass production of these items and the modern world has now absorbed them as an inseparable part of us.

The lock and key is no more a fantastical beast that would open new worlds but a mere machine created to keep us safe. In a modern world overwhelmed with gadgets and gizmos, the lowly lock and key is still considered to be the epitome of safety and is never overlooked or scorned at.

Its history is as old as our technological development. Its advancement an epitome of our prowess.

And yet it remains the humble lock and key.