The Diesel Engine has been around for a very long time. And there is no reason to believe that it will go away anytime soon. The diesel engine was named after Rudolf Diesel, the man that invented it.

Rudolf was a German Engineer. He spent his childhood in France. Circumstances like the Franco-German War eventually compelled him to travel to England. Though, his determination to expand his understanding of engine design eventually drew him back to Germany.

Rudolf started working on the diesel engine at a time when trains were driven by steam. While they had their merits, steam engines were expensive. They relied heavily on coal and their design had several inefficiencies.

Larger corporations didn’t care because they had the financial means to meet the cost of maintaining steam engines. But small and medium-sized entities were not as lucky. Their budgetary constraints prevented them from making effective use of steam engineering.

This is where Rudolf entered the picture. He realized that a small internal combustion engine that could convert heat into work could easily exceed the power of a steam engine. After studying thermodynamics, Rudolf started working to make his idea a reality.

His internal combustion engine was a hit in the 19th Century, finding a market among owners of horse-drawn carriages and anyone that used steam-powered engines. Rudolf’s success wasn’t instant and it did not last long.

He spent many years tinkering with various designs. At one point, he toyed with the notion of creating a solar-powered engine. He also hoped to create an internal combustion engine capable of turning 75 percent of heat into energy. He failed. The final product was only 25 percent effective.

Though, that still made his engine considerably superior to his rivals. Rudolf’s products were a mixed bag. While his engines were highly efficient for their time, they were also unreliable and many of his customers eventually returned them.

Their demands for refunds brought the engineer to the very edge of ruin. He had better luck with the military, with the French eventually adding his engines to their submarines in 1904. That wasn’t enough to save Rudolf from his financial woes, which is why some people believe that he jumped to his death in 1913.

Official records state that he went overboard during a trip across the English Channel. He was supposed to meet British navy officials to discuss the possibility of introducing his engines to their submarines. It has been theorized that he was thrown overboard. Some people believe that certain petroleum companies were threatened by his work.

It has also been suggested that coal magnates thought that his engine would make their industry irrelevant. If conspiracy theorists are to be believed, the Germans wanted to stop him from revealing the designs of their new U-Boats to the British.

Whether he accidentally fell overboard, committed suicide, or was murdered by his enemies, no one knows for sure. Ultimately, his engine found success. At first, armies around the world started using it for all their vehicles and vessels.

Then it became commonplace in civilian cars and factories. It is still present today in most parts of the world. People use it to operate all kinds of machinery.

If you’ve never seen a diesel engine in action, this is what you should know:

1). Before diesel engines were invented, trains relied on steam engines that utilized external combustion mechanisms. Coal was added to a boiler. This produced fire. The heat turned the water to steam. The steam was transmitted to a piston which it moved back and forth. In doing so, the steam got the wheels of a train to move.

2). A diesel engine is called an internal combustion engine because the fire is inside rather than outside. They were immediately recognized as the superior option because they did not waste any energy.

In a steam engine, the heat had to travel from one part of the system to another to play its role, permitting energy loss and wastage to occur. But in a diesel engine, the heat played its role in the same place that it was created. This made for a more efficient system.

3). The diesel engine works by drawing air into the cylinder where it is compressed one or two dozen times by the piston. These compressions generate a lot of heat The gasses normally reach a minimum of 500 degrees centigrade.

At this point, a fuel injection system sprays a mist of fuel into the cylinder. The high temperature of the air causes the fuel to ignite immediately. The result is a controlled explosion that forces the piston out of the cylinder.

4). The Piston doesn’t stay outside the cylinder. Rather, it slips back into the cylinder once more as the exhaust gasses escape through the exhaust valve. That is the end of the process. After this, everything starts again. That procedure sounds slow but a diesel engine goes through this cycle thousands of times every minute.

5). Diesel and gasoline engines are not the same, though their operations are somewhat similar. A gasoline engine also features metal cylinders. A mixture of air and fuel is drawn into the cylinders. The piston compresses the mixture before a sparking plug sets it ablaze with an electric spark, producing an explosion that forces the piston out of the cylinder, moving the wheels.

Diesel machines and diesel performance parts and vehicles are typically more efficient because of their engines. They can do more work using the same fuel as a gasoline engine because they compress their fuel-air mixtures more. This produces higher temperatures and more energy.

The absence of spark plugs is also beneficial because it allows engineers to use a simpler design to produce more energy by burning the fuel at higher temperatures. 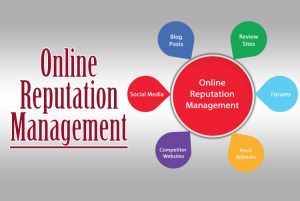 Bad online reviews are inevitable. And despite what some people say, they matter. There is too much competition. Customers have far too many service providers to choose from. For this reason, they rely on the opinions of others to identify the engineering firms with whom they should transact.

A bad review on sites like Ripoff Report can ruin a company’s reputation. It can also affect their sales. This is why some businesses have gone so far as to sue people that have published what they consider to be unfairly negative reviews and ratings on the internet.

Tactics like this rarely end well, mostly because lawsuits are expensive and they do not always end favorably for the companies in question. More importantly, such aggressive tactics can sour a company’s image, painting them as bullies that will stop at nothing to silence critics.

There are ways of dealing with negative reviews that will protect your company’s reputation whilst also polishing your image in the eyes of the public, for instance:

1). You have to start by monitoring your reviews.

This is a critical aspect of every company’s reputation management strategy. Some people post negative reviews on sites like Ripoff Report because they have pressing matters. They publish scathing complaints in public forums because they want to draw your company’s attention towards their plight. They are convinced that shaming you in public is the only way to compel you to resolve their situation.

To assuage them, you must respond quickly, providing answers where necessary and resolving the cause of their complaints. Any delays will make the situation worse. But the only way for you to respond promptly to complaints is to monitor your reputation.

There are tools that you can set up to alert you whenever someone mentions your company. If you have a reputation management team on hand, they should scrutinize all these alerts, apprising you of any negative opinions and giving you the opportunity to address them.

2). While it is important to respond promptly to critics, you are also encouraged to apply patience.

Negative reviews on Ripoff Report are annoying. And anyone that has ever been on the receiving end of a customer complaint knows that it is very easy to respond in anger. No one likes criticism. But the easiest way to ruin your reputation in the eyes of the public is to engage in a shouting match with an unhappy consumer.

This is why you have to take a breath before you respond to online criticism. Wait a few minutes or even hours. This will give you the opportunity to produce a constructive response. Wait long enough for that first wave of irrational rage to pass. But don’t wait so long that the public starts accusing you of negligence where the concerns of your customers are concerned. 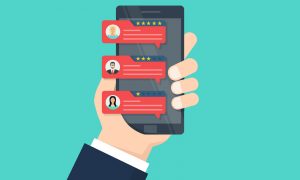 When you encounter a bad review on Ripoff Report, start by gathering information. Look at other reviews. Try to determine whether or not other customers have expressed similar complaints. Some customers publish bad reviews because they have a personal bias that has nothing to do with the products or services they received.

Other people have legitimate grievances. You have to differentiate between the two. This is the only way to craft an appropriate response. Find out whether the angry reviewer is a real customer. Explore their history with your company. Talk to the people that engaged them. Try to base your response on all the information you have gathered.

Make your response personal. Do not adhere so closely to templates. People can tell that you are simply copying and pasting the same answers to every single dissatisfied customer.

4). Take a personal interest in the bad review.

If you have too much on your plate, assign the Ripoff Report review to a specific department or employee. Do not presume that someone will eventually tackle the issue. Identify a specific individual that you can trust to manage the disgruntled customer. If at all possible, resolve the matter yourself.

5). You don’t have to engage the reviewer online, and neither do you have to restrict yourself to the Ripoff Report forum in which the customer chose to publish their review.

If you have their contact information, reach out to them online. If possible, make an appointment to talk to them in person. The public doesn’t have to follow every single stage of your exchange with the customer.

It is easier to come to a resolution when your conversations are not being scrutinized by external parties.

6). Even though you are encouraged to engage the reviewer offline, you are still expected to publish a public response.

This will show transparency. It will also show potential clients that you are not afraid to tackle negative reviews on Ripoff Report.

7). Taking responsibility for your mistakes is very important.

Some companies lose face because they respond defensively to negative reviews on Ripoff Report on the internet. They are too quick to go on the offensive and to try and prove that the reviewer is at fault. However, if you believe that the customer’s complaint might be valid, take responsibility, and acknowledge that you were in the wrong.

It is quite easy to pick fights with negative reviewers on Ripoff Report. But this will only make a bad situation worse. Your response should be calm, controlled, and measured, regardless of how vulgar or insulting the reviewer chooses to react. You have to act like a professional. Your customers expect more from you. Do not disappoint them by getting embroiled in arguments with reviewers whose only objective is to bait you into publishing an angry response.

If you don’t know how to respond to negative reviews without losing your cool, use templates. Most Ripoff Report Removal strategies rely on tried and tested templates to diffuse heated conversations with negative reviewers. Don’t be afraid to use them. The key is to personalize them. Templates are supposed to give you an idea of the direction your response should take. You are not supposed to copy them outright.